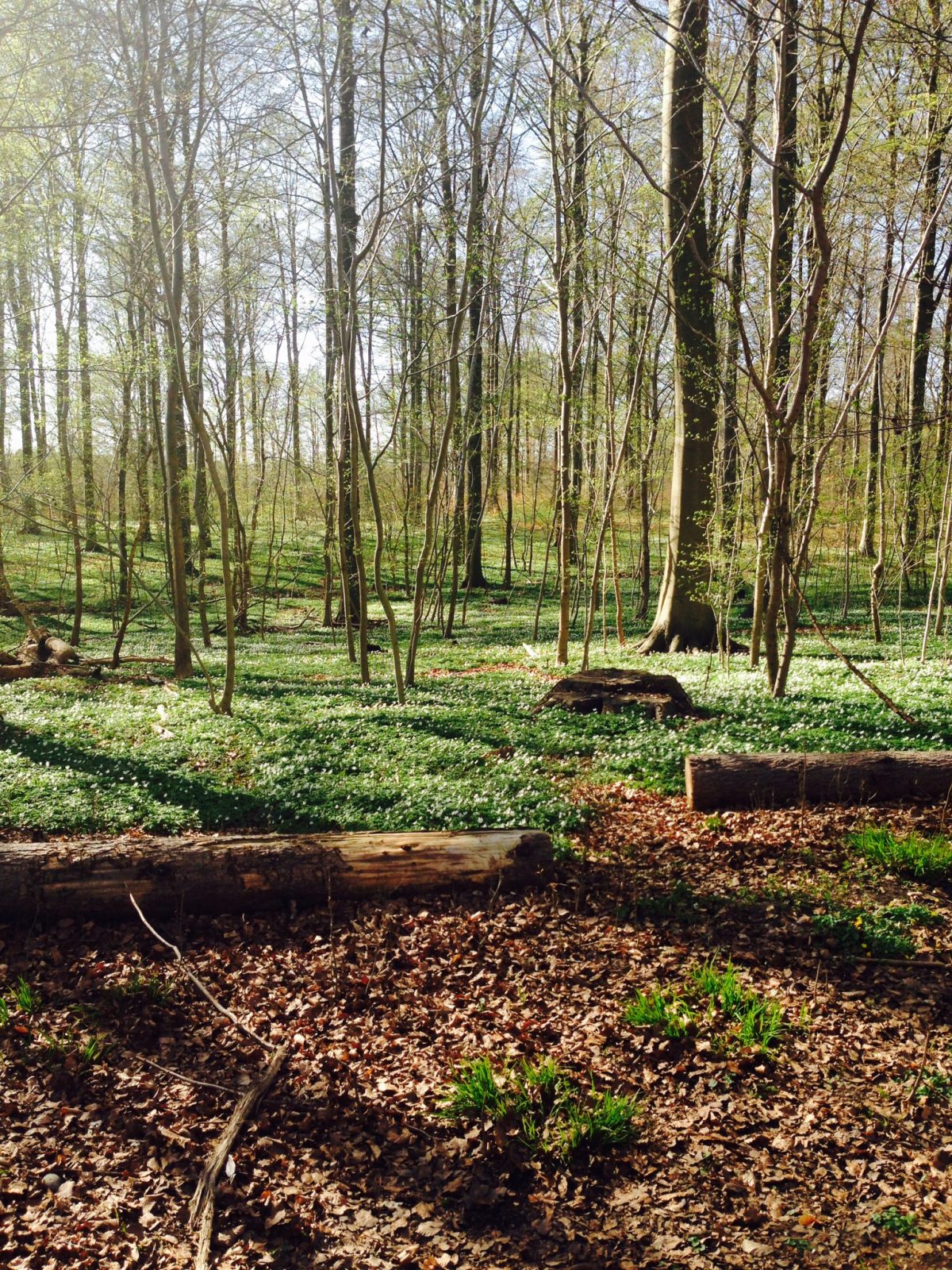 Before we answer the questions why moss and why now, we should probably address the “what” of preserved moss and explain the wonder of such a beautiful material that is neither living nor dead but requires no maintenance, only admiration.

The Fat Plant Society uses various types of preserved moss.  The moss is preserved using a natural paraffin and glycerin process which essentially puts the moss into a dorman state, meaning it is neither living nor dead but still offers the same benefits to reduce air and noise pollution.  We source our moss in the United States, primarily in the states of North Carolina and Kentucky.  The beauty of the moss in its natural habitat is unrivaled–and not all of it is fit for design materials but is captivating nonetheless.

We’ve been careful to work with our man in moss and the harvesters leave roughly five years between harvests to ensure the moss regrowth is healthy and robust.  To see it is to know wonder.  Perhaps this is why moss has been used for centuries by numerous cultures for everything from warmth, to wound cleaning, to meditation.

So why moss and why now?

In 2016/2017 Mind charity for better mental health conducted a study of wellbeing in the workplace in the UK. A resounding 30 organizations took part in this first ever Workplace Wellbeing Index with 15,000 employees participating in the staff survey. As part of the process, participating organizations submitted their policies for review and completed an employer assessment for how well they address mental health and whether they effectively support and promote employee well-being. Employees also completed a staff survey which gave them the opportunity to share their experiences of their organization’s culture and support around workplace mental health. The research shows that organizations creating the right environment for their staff can have a positive impact on employees’ health and wellbeing, as well as their job satisfaction and productivity levels.  The bottom line is that workplace design can help mental well-being.

At NeoCon (National Exposition of Contract Interior Furnishings) this past summer, moss designs for soundproofing were among the standouts from the conference.  Referred to as “human-centric” solutions, it’s clear that putting people first has great benefits for employees and employers alike.  Virtually all of the manufacturers at NeoCon 2018 continued to embrace human-centric design, leveraging their efforts into forward-thinking office amenities.  While featured manufacturer, BuzziSpace takes a different approach to moss than we do, primarily focusing on its soundproofing qualities first and foremost, we very much dig what they are putting out there–especially since they wisely point out that reindeer moss will dry and harden when there is not enough moisture in the room so it can actually serve as a kind of health/environment barometer.

We’re learning about the importance of workplace wellness everywhere and we are also learning that although the open office plan is super cool looking, it might not be the best design for collaboration and productivity.  But rather than throwing the baby out with the bathwater, we’re developing solutions that can mitigate the frustrations in the open office plans as well as the frustrations with the cube farm by integrating sustainable plants and moss walls to designate more private or quiet areas and, of course, reduce noise.  We rather liked how Bryn Nelson put it in her article, “Americans have a nature problem. Is ‘biophilic design’ the solution?”

For those of us disinclined to spend time outdoors — or unable to because we work long hours in hermetically sealed offices — an emerging architectural movement called biophilic design aims to incorporate a bit of nature into our buildings. Perhaps ironically, the trend has been embraced by some of the same tech giants whose products have helped fuel our nature-shunning addiction to technology.

There are other biophilic solutions to the noisy open office that simultaneously promote wellness.  In 2017, Santa Cruz, Calif.-based Plantronics unveiled its “Habitat Soundscaping” technology that uses the sounds of water and natural scenes projected onto walls or ceilings to provide relief from noisy or distracting workplaces. The biophilic system can be designed to kick in automatically when open office spaces become too loud.

Employees can experience benefits of nature in the workplace in a variety of forms from living walls (that require dirt and watering) to potted plants to moss walls, each of these natural elements has great benefit to wellbeing.  The question then becomes how much maintenance the employer and/or employee are willing to undertake to keep the natural elements looking healthy (looking at dead plants is pretty depressing and totally defeats the purpose).  And this is an individual choice often based on time and budget.  (We broke down the differences between living walls and moss walls in a previous post).

And the fact of the matter is that even though you may not be able to take a forest bath over your lunch break, research has found that just noticing nature increases general happiness and well-being. So a moss wall or frame in your office can provide more benefits to your overall well-being than you might think.

3. Moss is sustainable and does not require additional resources.

Because the moss is preserved it does not require dirt, watering or misting of any kind.  The moss will retain its color for at least ten years and we’ve been experimenting with different environments (even put the preserved moss outside in the direct sunlight and certain types (sheet moss especially) retained its color in direct sun and rain so we’re very confident it will last longer than the predicted ten years.

There are no additional resources to maintain the moss wall though we do recommend using compressed air to clean the moss occasionally and as dust or other visible particles gather on the moss.

Moss is also light.  Each 2 ft by 2 ft panel of moss weighs under three pounds and each 2 ft by 4 ft moss frame weighs under 15 pounds, including the frame which makes installation quick and easy.  Installation time on a roughly 30 ft by 5 ft wall is between six and 8 hours, so roughly a day. Did we mention it does not need to be watered or misted?

Last but certainly not least, we share the reason we love working with moss a design element.

The reason we do what we do is that we have a sincere and abiding love for all things green and moss has proven to be such a sustainable, affordable, and beautiful option.  From reindeer moss to pillow moss, we are captivated by the beauty of moss is all its glorious forms. I mean come on, just look at it!

Take Goblin’s Gold, for example, it takes a precise balance of sunshine and moisture for Goblin’s Gold to grow.  As Robin Wall Kimmerer notes in her book, Gathering Moss: A Natural and Cultural History of Mosses, “The combination of circumstances which allows it to exist at all are all so implausible that Schistostega (Goblin’s Gold) is rendered much more precious than gold.  Goblins or otherwise.  Not only does its presence depend on the coincidence of the cave’s angle to the sun, but if the hills on the western shore were any higher the sun would set before reaching the cave…Its life and ours exist only because of a myriad of synchronicities that bring us to this particular place at this particular moment.  In return for such a gift, the only sane response is to glitter in reply.”

Moss Through the Ages and For the Ages

You may be picturing elves and fairies when you think of moss in its natural habitat and you are not far off in that thinking.  Moss brings with it all of the treasures of the forest including that wonderful smell of earth and life.  Moss has been used throughout the ages for everything from a sanitizer to a bandage to a meditative tool.  As author Samuel Johnson notes in his post on the history of moss, “Some of the oldest meditation gardens in Japan are designed to incorporate moss as reoccurring and thus, calming theme. The most famous of those gardens is Saihō-ji, the Moss Garden, in Kyoto. Saihō-ji dates from around 1339 and its establishment are attributed Muso Soseki who was court politician, writer and obvious savvy organizer. Today the Moss Garden is so popular that access is limited to 90 minutes per visit and only after a lengthy period waiting for your request to be processed. This is a discernible testament to the spiritual importance of moss in the daily lives of the Japanese. Although not quite on par with Zen meditation the western world has embraced the esthetic and pragmatic elegance of moss.”

Moss is a wonderful tool for sound insulation and can transform a noisy space into a quiet one.  We are working with Green Clean Designs and the wonderful Chris Funk, Founder of Picture and Frame Industries to develop new products from hexagonal moss frames (as large as six feet in diameter) and moss insulated office furniture for “thinking spaces” because a few moments, alone, in quiet, surrounded by nature is truly a rarity and a necessity.

We believe that admiration of nature is its own kind of therapy.  We think living well and well-being is not just important, it is a singular aspiration, providing far greater rewards than wealth could ever provide.  We have infused our work and home life with sustainable, low maintenance or zero maintenance greenery and we are much the better for it.

So here’s to your well-being.

May you be well.